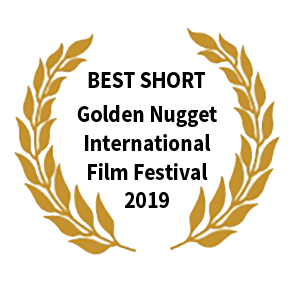 Submit and win with us! 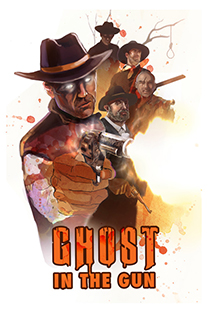 Ghost in the Gun

Overview:A man left for dead encounters a possessed gun and transforms into a gunslinger bent on avenging his wife's murder, but unbeknownst to him the gun has a vendetta of its own. "This fantastic HOLLYWOOD LEVEL short western will take you on a supernatural journey of revenge, that will glue you to your seat!

Overview: A lonely robot decides to try and build a mechanical friend.

Director Statement: Jericho is a short film about friendship. It is Sarah Andrews' first film. 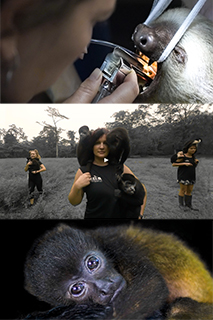 a Congo’s Journey - a film to reconnect humans with nature

Overview: This is the first documentary-film in the world in which a baby monkey tells its own story addressing the human being. A Congo’s Journey, is a non-profit documentary-film that has been created by Marco G. Lerin for the Jaguar Rescue Center, located in the South Caribbean of Costa Rica, in order to give a voice to the animals and motivate the human beings towards the protection of the natural environment in which they live. 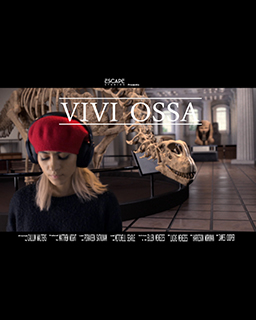 Overview: A museum visitor brings ancient bones to life through the power of music.

Director Statement: Vivi Ossa is a short film combining the talents of many different disciplines at Escape Studios. Many craft disciplines were involved in creating Vivi Ossa, including CG, compositing, roto, prep, keying, integrating a live action character into a digital set and, of course, animation. 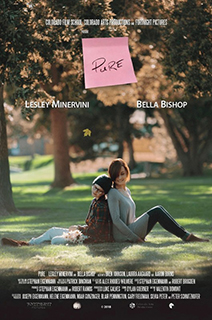 Overview: Helen, a call center worker who struggles with alopecia is learning to accept herself with the help of a young girl with cancer.

Director Statement: To whom it may concern, This is a personal story for me. As I myself struggle with alopecia (an auto-immune condition which makes you lose hair). The cast (the protagonist Helen and the girl Bella) have themselves alopecia and it is their first time acting. It was important for me to make it as authentic and real as possible. It took more then a year to complete and was my most ambitious project ever. I gave my heart into it and I hope you can see it. 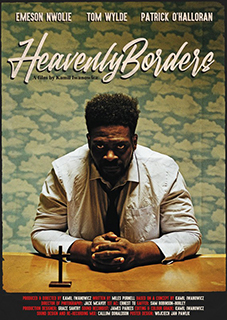 Overview: Heaven? Hell? Not sure? It’s Dimitri’s third week shadowing Alex at the gates of Heavenly Borders - where your fate is decided… for all eternity. When their latest case is beamed in, the couple will learn the true cost of moral responsibility and career choices.

Director Statement: On the bottom of the repetitive corporate food chain, it's not hard to fall into a routine, hit a dead end. Or make a bad decision. That's why there are always bright and capable people on duty. People who leave no stone unturned before delivering a just and fair verdict. Right? 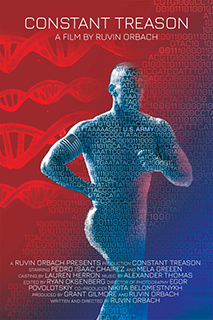 Overview: A genomic scientist creates a bioengineering program for soldiers and decides to destroy it, the only problem is he falls in love with a CIA agent who tries to stop him.

Director Statement: I developed a story that flips the timeless tale of having spies seduce individuals for information. I wanted to see what would happen if both the spy and the “mark” got lost in each other’s love. I wanted to unpack the larger themes of morality in this complicated love story. The theme of devotion to one’s country versus the love of an individual started to surface in the writing. Also, the theme of the love of a person versus their own personal integrity developed. When does the adulation for a lover become more important than country or someone’s moral beliefs? 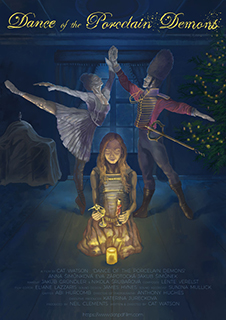 Dance of the Porcelain Demons

Overview: Once upon a time... There was a little girl named Clara and her parents loved her very much. Her mother doted on her and her father treated her as his little princess, but things were not as they appeared...

Director Statement: "Dance of the Porcelain Demons" was built around the idea that the horror genre has a lot more to offer than is being explored in the contemporary market. The idea is that horror can beautiful and magical while still having a point to prove. There is no need for gore or jump scares when you can create an atmosphere that draws the audience in. The film strives to show the different ways people tend to react toward someone on the mental spectrum. Whether over coddling and protective or cold and distancing, neither approach attempts to understand the persons real needs. A little understanding goes a long way. 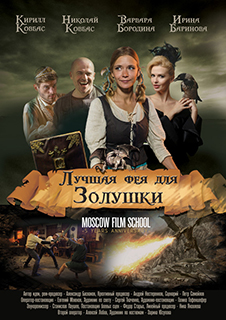 Overview: Once upon a time, in a faroff kingdom, there lived a fair young maiden - Cinderella. She dreamed of getting to the ball. Will meet the beautiful prince. But everything went wrong...

Director Biography: Alexander Baskakov (1981, Russia, Kostroma) graduated from the National University of Science and Technology of Moscow in 2004. From 2005 to 2014, worked as a IT engineer. From 2014 to 2016, worked as a DOP and assistant for several TV-projects, sport and travel documentary and advertisement.In 2017, enrolled in Moscow Film School, the Film Directing Master Program of Alexey Popogrebsky. 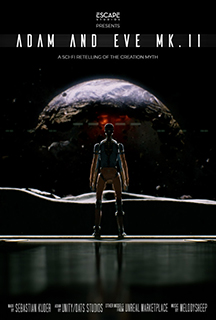 Overview: In a post-apocalyptic future, human memories from the now-extinct species homo sapiens are loaded into the artificial brain of a robot.

Director Statement: Adam and Eve: Mk II is a vision of the future in which humanity is destroyed - but human memories are uploaded to a humanoid robot. 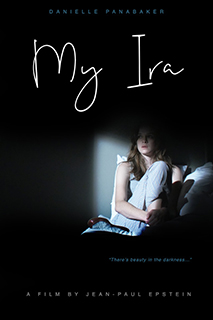 Overview: My Ira is the true story of a sister lost to suicide. The film explores a side of Ira unknown to others, that enabled her twin brother to understand and accept the choices she made, finally empowering him to let her go. Through insightful eyes we witness the true story of Ira (Danielle Panabaker), a young mother sitting in a tree, challenging her fragile existence while a rope languishes around her neck.

Director Statement: Do it for love and the road will be worth traveling. 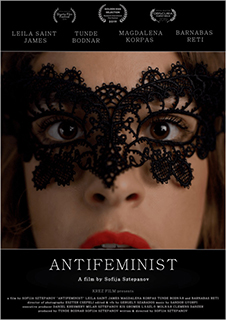 Overview: Leia (late 20s) is an up-and-coming feminist blogger. She receives a mysterious package, with an invitation to a secret soiree. When she arrives to the elegant villa, she finds an all- female event with all-male servants. Each room presents a different world, with exhibits of extreme feminist views. As Leia objects, she understands her writing inspired the evening. She is woken by her flatmate, Martha, claiming Leia had a nightmare. Leia, unconvinced, finds clues to the opposite. SIX MONTHS LATER: Leia is on a talk show, where she explains her new perspective on feminism. 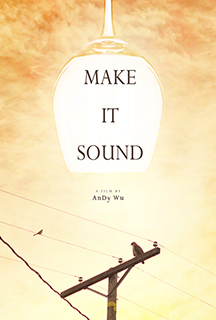 Overview: Barry, an introvert teenager, is going through a hard time communicating with his Mom after his elder brother’s death. With profound grief, he thinks he has found a way to speak up.

Director Biography: AnDy Wu is a filmmaker from Taipei, Taiwan. AnDy works part-time as an Editor, Sound Mixer, and Sound Designer. He is currently a graduate student at Loyola Marymount University and is set to graduate in Spring 2021. With the brand new life experience in Los Angeles, he directed and wrote a few short films about Family, Society and Battling the Self. He always edits his own film. His dream is to direct a dramedy/horror film to connect society. 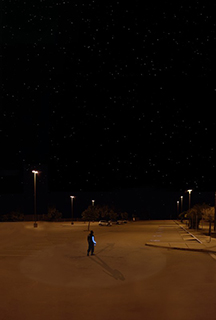 Overview:Two time travelers crash land and quickly realize that something has gone wrong with their routine test.

Director Biography: After years of working on smaller projects and studying film in the Bay Area, Director Spencer Mead has entered the festival scene with his first produced short ‘Flux’. The young filmmaker looks eagerly at the development of his next two projects. The first, directing and producing his first feature film 'CMM', a murder mystery that explores the obsessive nature of ambition. The second, a TV series called ‘The Squeeze’, that has had it's pilot script selected by the 2019 Austin Revolution Film Festival among others. 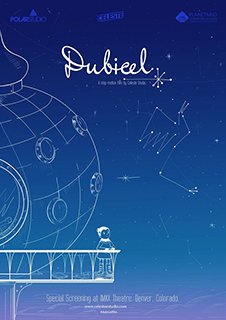 Overview: Dubicel is a cosmic child who lives in a galactic dome alone and wants to open the walls that imprison him to discover what is beyond and to discover the stars. Despite having the gift of materializing mysterious objects of his dreams, he can not find the one what allows him to open the window of his dome, until one of them gives him the key to be able to reach what he needs. But this one is not an object. It is a living being. This shortfilm was made by Ecological artreciclying.